Tom Miller most recently served as the On-­Water Operations Committee Chairman for the America’s Cup Bermuda. He has extensive sailing experience along with being a former Royal Bermuda Yacht Club Commodore. Mr. Miller has also represented Bermuda in the ball hockey World Championships and retired as a partner of PricewaterhouseCoopers in 2016. Tom has served on a number of boards focused on youth education including past chairman of the Bermuda High School Board of Governors.

The Hon. Michael J. Winfield, JP served as the CEO and Director of the America’s Cup Bermuda (ACBDA). Mr. Winfield is a tourism industry veteran, starting his career at the Southampton Princess and eventually retiring in 2012 as the President and CEO of Cambridge Beaches Resort and Spa. Mr. Winfield served as a Minister and Senator under the United Bermuda Party where he held several portfolios. He successfully led the Bermuda bid team to host the 35th America’s Cup.

Leatrice is regarded as one of the most experienced female sailors in Bermuda having sailed in various designs including Etchells, IOD, and Fitted Dinghy. She has represented Bermuda in the Snipes at the Pan Am Games, and was Team Leader for local duo Peter Bromby and Paula Lewin at the 2004 Olympics in Athens, Greece.

The Past Commodore of the Royal Bermuda Yacht Club has also made several appearances in the Argo Group Gold Cup as crew for skippers Bromby, Lewin, and more recently Lance Fraser.

Leatrice was Endeavour’s first ever chairperson through September 2021.

Veronica brings her versatile knowledge and financial expertise to the Endeavour Community Sailing board. Most recently Veronica was the Finance Director for SoftBank Team Japan, the Japanese challenger for the 35th America’s Cup in Bermuda. She studied Aeronautical Engineering at University before transitioning into accounting. Prior to her exciting role with SoftBank Team Japan in 2016, Veronica worked in audit and was responsible for learning and education at PricewaterhouseCoopers. She is passionate about STEAM education and keen to inspire opportunities for girls in STEAM occupations. Veronica is Bermudian, an alumni of the Bermuda High School for Girls and is raising 2 wonderful daughters.

Alec is a fund manager and director of Orbis Investments. A graduate of the U.S. Naval Academy and University of Pennsylvania, he is an accomplished sailor and promoter of sailing as a former director of Bermuda Optimist Dinghy Association and as a member of the Naval Academy’s Fales Committee. Alec is a world champion and multiple US national champion helmsman in classes ranging from Lasers and Finns to J22s, Melges 24s and 32s.

Tom joined the America’s Cup Event Authority (ACEA) in May 2015 as Community Sailing Manager, with the responsibility for setting up and launching the Endeavour Forts and designing and initiating the community sailing programme. He’s been in Bermuda since 2011 and prior to joining the ACEA was the Sailing Director at the Royal Bermuda Yacht Club, which under his leadership became Bermuda’s first internationally recognised Royal Yachting Association (RYA)-certified sailing centre. He grew up sailing optimists & 420s competitively in Mumbles, Wales and later worked for the RYA participation programme. He’s passionate about getting children on the water, revitalising sailing for all in Bermuda and breaking down barriers to the sport. Among his personal achievements he lists holding the record for the first (& therefore fastest!) Optimist circumnavigation of Bermuda, in 9 hours and 29 minutes, which he completed as a fundraiser for the Bermuda Sailing Association. In February 2019 Tom joined SailGP as Youth Program Manager. 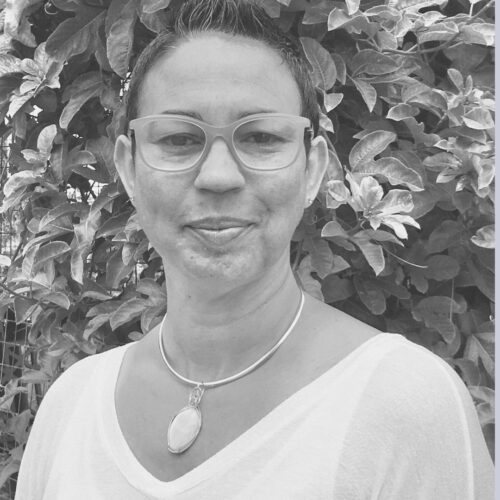 Marlo Santiago, JP,  brings a wealth of grassroots skill and experience in support of Endeavour.

Her professional background has a consistent focus on the protection and development of Bermuda’s youth.

Marlo served in the Bermuda Police Service (BPS) for ten years having attained the rank of Sergeant. During her time with the BPS, she served as an investigator/detective with the Juvenile and Domestic Crime Unit (JDCU), currently the Vulnerable Persons Unit (VPU), where the protection of children was, and continues to be, the primary mission. After her policing career concluded, she certified as a core reading tutor, providing tutoring services to students with dyslexia. Finding it a joy to educate, guide and support our children and young people, Marlo extended her career into public education where she currently works in the Learning Support Department at The Whitney Institute Middle School (WIMS). During her time at WIMS, Marlo has chaperoned WIMS students as they participated in the Endeavour Middle School program.

She is the proud mother of two Endeavour Graduates (her daughter Joanna, a member of the first ever America’s Cup Endeavour Graduate Programme cohorts in Bermuda, she went on to participate in the 2017 America’s Cup FS Feva Youth regatta and RS Feva Halftime Show. Joanna thoroughly enjoys sailing and volunteers as an Assistant Instructor with the Endeavour Graduate Programme). Marlo has been a committed supporter of Endeavour’s programmes since 2016. She passionately believes that success is achieved through a partnership approach and is excited to partner with and support the Endeavour Team in their continued success. 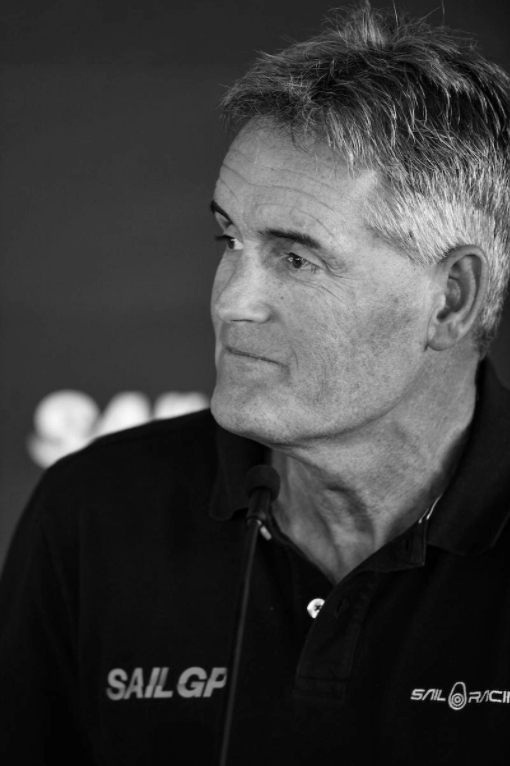 Sir Russell Coutts became CEO of SailGP in 2018 after joining forces with Larry Ellison to establish the global championship.

His historic sailing career has spanned all corners of the sport. He has won the America’s Cup five times, including three times as skipper (1995, 2000, 2003) and twice as CEO (2010, 2013). His three undefeated campaigns (14-0) make him the most successful America’s Cup helmsman in the 167-year history of the event.

He earned an engineering degree from Auckland University and is founder of the Russell Coutts Sailing Foundation aimed at introducing youth to the joys of the sport. 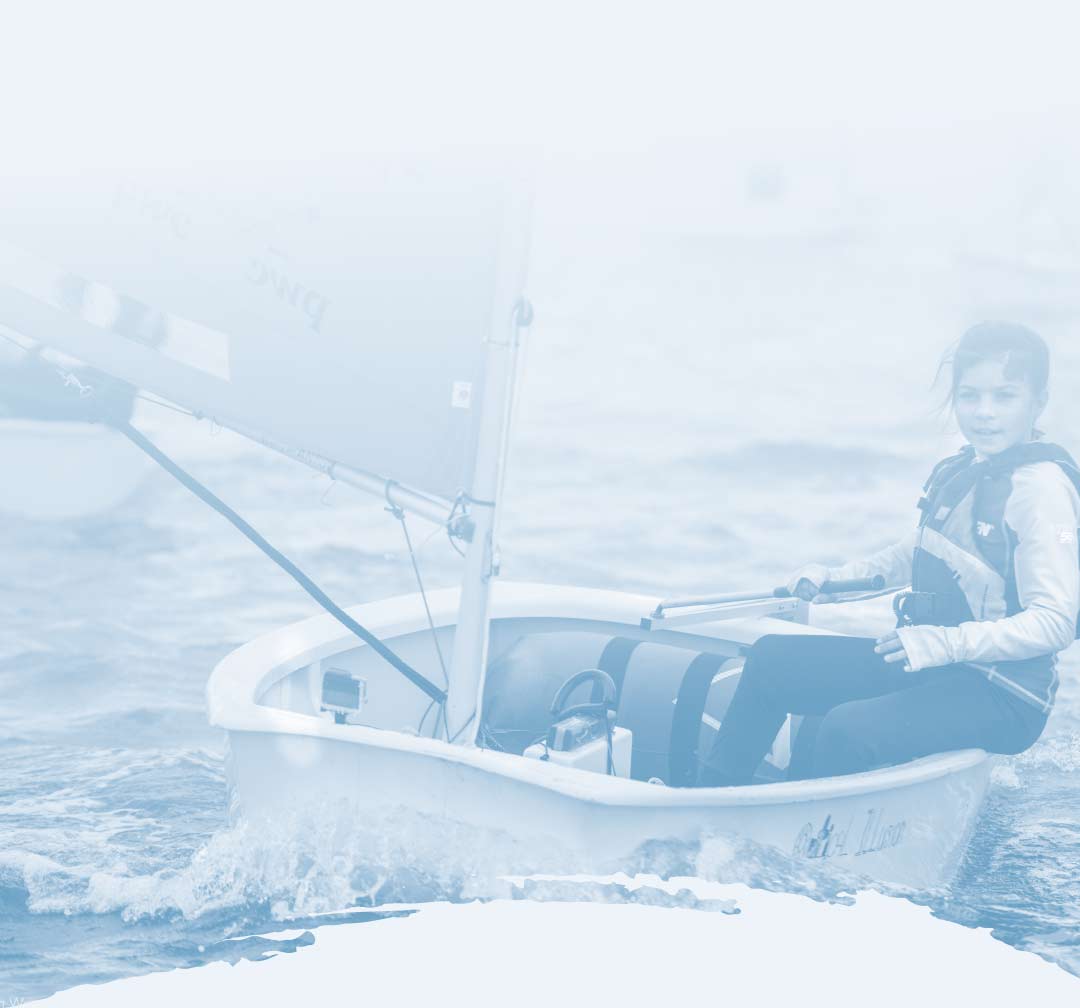